THE TEAM OF PREMIER DANCE SCHOOL IN HOUSTON TEXAS

She has been dancing since the age of 5. Originally from St. Petersburg Russia, and now a US Citizen, she relocated first to Houston, Texas and then to New York City with her now husband and former co owner of New Yorker Social Dance Club, Paul Richardson.”

Olga is a Qualified member of Pan American Teachers of Dance and is an accredited Latin coach and competition adjudicator who has several times judged the official World Dance Council “World Pro-Am Championships”.

After retiring from the competition floor in 2007, Olga has now changed her career course to be an active director for Premier Dance USA. When she is not busy training staff in International and American Style Ballroom and Latin dancing, Olga is busy inspiring the team to become the best in the industry.

Olga Richardson (formerly Rodionova) was a Co-Owner and Director of The New Yorker Social Dance Club and Basic Ballroom NY from 2009 to 2013. 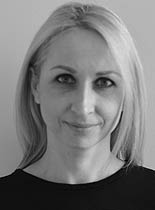 Originally hailing from Australia via the United Kingdom, Paul Richardson brings to Premier Dance USA his knowledge of the competitive dance world and his organizational skills. During his competitive career he has been a 5 time World Pro-Am Champion, World Professional Latin Finalist, British National Professional 10 Dance Champion, British National Professional Latin and United States “Open to the World” Champion. Paul retired from competing professionally with his wife and dance partner in 2007.

Paul's dance qualifications include being a member of the National Association of Teachers of Dancing in the United Kingdom, and an Examiner for the DVIDA dance syllabus program here in the USA. As the Dance Director of the Global Dance Alliance; of which Premier Dance USA is an affiliated member, his responsibilities include examining and implementing the highest possible standards for the teachers in Premier Dance USA as well as our sister studios in the Global Dance Alliance.

Paul's quick wit makes Premier Dance USA a fun and great place for both Professional and Amateur students alike. He enjoys the business aspect of the dance world combining it with competing Pro-Am with his students.

Paul is a co-owner and Director of Premier Dance USA and Dance Director of the Global Dance Alliance. He is also a Director of the non-profit organization World Dance Arts Foundation which teaches up to 4000 children a week in school systems around the country. 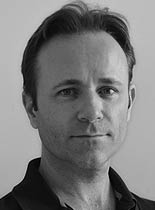 As a seasoned social dancer, Cesar is an experienced teacher in Salsa and Country Western. His introduction to the world of ballroom occurred in 2010 when he was recruited to teach at a dance studio.

He has competed and won competitions in country western dancing, been a part of 2 salsa congresses, and performed at the 2017 Super Bowl that took place here in Houston. Cesar continues his training under Paul and Olga Richardson, and is a certified instructor in American Ballroom.

Consistently active in the community, Cesar is a member of the Texas chapter of Camp Quality and Houston Salsa Dancers Inc. He enjoys long walks on the beach and short walks to the fridge, as well as weight lifting and rock climbing.

The newest addition to the Premier Dance USA team, Cesar's ease of communication and scintillating personality make him a great instructor for any kind of dancer.

Originally from the city of St. Petersburg in Russia, Gennadi Iakounine is a very experienced and respected Teacher and Adjudicator.

Starting in dancing at a young age and competing and successfully being a finalist in competitions all over the former USSR and Europe he eventually found his passion in teaching. As a teacher he ran the biggest dance club in St. Petersburg with hundreds of young dancers learning to dance under his guidance including Premier Dance USA's very own Olga Richardson (Rodionova). As an adjudicator he has officiated in many prestigious events all over Europe.

In the year 2000 Gennadi & his family moved to Houston, TX where he has become a widely known dance teacher in the Houston Dance community. For many years he has run very popular group classes in the Houston area and actively competes with his students in Pro-Am competitions around the country. As his students will attest to, Gennadi's approach to his students will vary according to their needs and goals, working with Social Dancers in a fun way, and with a more structured approach for Competitive Dancers. In any situation he works to help you meet your individual goals.